Even during the first year of insurance, one in five drivers below the age of twenty-five will be involved in a major accident. Very young drivers are going to represent something of a severe liability for all insurance companies.

The high accident rate among young drivers has a lot of different explanations behind it. For one thing, very young drivers do not have a great deal of experience behind the wheel, or a great deal of experience with much of anything. A lot of them are just so excited that they are finally behind the wheel that they’re going to make all manner of mistakes.

Lots of very young people, who haven’t matured yet, are also going to have a hard time making the decisions that are required of adults, since they’re still trying to learn how to make those decisions. They are going to need some extra protection when it comes to car insurance, and they are going to need to make sure that they have some help with that part of the decision making process as well.

For one thing, the car insurance that is available for very young drivers is going to need to be the sort of car insurance that they are going to be able to pay easily. A lot of people who have not even reached their mid-twenties yet are not going to have the most stable sources of income. They are going to need to have insurance rates that are not overly high, even though the insurance rates aimed at the very young are still going to be relatively high because of the level of risk that is involved with insuring them. 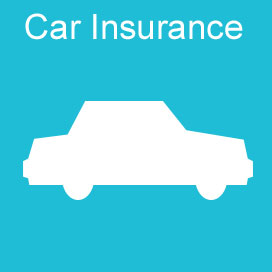 Easy direct debit options can make a huge difference when it comes to making sure that very young people are able to make the payments correctly. Removing as many barriers as possible to repaying the bills is going to manage to make a world of difference to the people who are potentially going to have to cover for younger people if they have not managed to pay their bills on time.

These bills should be paid through a simple payment system as well, which is something that people will be able to gain access to through plenty of different insurance plans.

Ideally, the insurance plans that are aimed at younger people will also have the sort of monitoring systems that will make everything better for them. They should be able to get in contact with their insurance providers and the staff as often as possible through live video chat and through similar services. A lot of young people are going to be willing to make those calls, but the staff will have to be available for them in the first place.

Today’s generations are not especially familiar with the fact that many businesses were unavailable during the evening. Modern insurance companies who are willing to respond to all of the needs of the very young drivers are going to usually try to help them out in this regard.

Breakdown assistance that lasts all day and all night will also make all the difference for the youngest drivers that are on the road today, largely because these are the drivers who are most likely to get into accidents. Really, this is not something that is magically going to stop in one’s mid-twenties, and it is more of a statistical matter to suggest otherwise.

The demographic boundaries have to be drawn somewhere, however, and even the people who have just entered their twenties and who are doing it responsibly will manage to benefit from having breakdown assistance that is going to be more widely available for them. If nothing else, it should be that much easier for them to be able to help out friends in a similar age group who might fall victim to some similar problems.

Really, one of the most important things that parents can do for their younger drivers and that younger drivers can do for themselves is be sure to get as many quotes as possible from different insurance companies. Using this process, they should manage to get the best possible deal. These are not going to be anyone’s best driving years, but they could be relatively inexpensive and stable.

I talk business, marketing, technology and lifestyle and ways I’ve saved money on bills and insurance. Everything written on this blog is from personal experiences. Let me know if something is outdated and I’ll ensure to republish.

“We are a participant in the Amazon Services LLC Associates Program, an affiliate advertising program designed to provide a means for us to earn fees by linking to Amazon.com and affiliated sites.”

This website uses cookies to improve your experience while you navigate through the website. Out of these, the cookies that are categorized as necessary are stored on your browser as they are essential for the working of basic functionalities of the website. We also use third-party cookies that help us analyze and understand how you use this website. These cookies will be stored in your browser only with your consent. You also have the option to opt-out of these cookies. But opting out of some of these cookies may affect your browsing experience.
Necessary Always Enabled

Any cookies that may not be particularly necessary for the website to function and is used specifically to collect user personal data via analytics, ads, other embedded contents are termed as non-necessary cookies. It is mandatory to procure user consent prior to running these cookies on your website.