Prime Video is probably one of Netflix biggest competitors at the moment. They’ve started producing some amazing original shows that can only be viewed on the Prime Video platform.

Shows like ‘The Boyz’ staring Karl Urban have seen it becoming more and more popular. The Boyz is probably one of my favourite shows. The show centres around super hero’s that are bad people and how ordinary citizens are trying to take down their reputations.

The platform was later made accessible to Irish citizens in December 2016 after Amazon decided to make it global.

What Is Amazon Prime Video?

Amazon Prime Video is an online platform that allows users to stream unlimited videos of TV shows, films and sports events. It is part of Amazon Prime membership, which is a premium service that offers users several benefits, including same-day delivery for Amazon shoppers.

How Much Does Prime Video Cost?

We have to pay in Sterling even though we’re in Ireland. This is due to Amazon only having a .co.uk version. So Amazon Prime Video price can vary in Euro’s.

It took time before Amazon came up with a pricing option for its service.

This changed when Amazon decided to unveil its full services for Irish citizens. Nowadays users part with 7.99 GBP a month or 79 GBP in an annual payment. This fee also covers free shipping of Amazon Ireland’s services and products.

The amount is automatically withdrawn from your Amazon account if you decide to continue the service. Members also get to access al the prime membership benefits in the thirty days trial period.

Amazon Prime videos is compatible with a number of devices. Remember, this platform was already functional in several countries before it became official for Irish citizens.

You can easily access the platform using your standard web browser and a range of apps for both Android and iOS users. For iOS uses, you need an iOS version of 8 and above.

For Android, the least Android version is Android 4.0. You can also access the streaming platform using several Amazon Fire tablets.

The last few years have seen Amazon Prime Videos developing its services in Ireland, and as a result, you can stream the site’s videos using game consoles such as the PlayStation and the Xbox.

There is a catch for those who would like to experience a full smart Tv experience for this service in Ireland.

You must own either of the compatible Smart TVs, which are LG, Sony and Samsung. You can also access the site and stream videos through several Roku devices, a Fire TV stick or the Apple TV.

Can I Stream The Videos In 4k?

Yes. Fortunately, Amazon Prime Video has 4K services. However, you must own a compatible 4K Smart Tv which we listed above.

You can, therefore, watch near real-life videos from your LG or Samsung 4K smart TV. It would be best if you checked if your television has a supported app before getting it.

The truth is, Amazon Prime Video’s library cannot match Netflix. However, the service keeps on updating its content. You won’t run out of content to watch.

How Much Data Will I Need To Access The Videos?

Amazon had users in mind when launching their video service. The streaming application has several video quality settings, which differ depending on the device.

An Android device lets you access the standard video stream, which is around 460MB per hour.

However, there is a Data Saver option that lowers data use to only 140 MBS per hour.

You can also use the best quality setting when your device is ever on Wi-Fi. This allows you to get quality videos around the clock. iOS users are, on the other hand, unlucky since they require more data to stream the videos.

They part with 600MBS per hour of the watching duration. The best quality setting for Apple users consumes 5.8 GB per hour, which is quite expensive.

Your device will automatically adapt to the streaming conditions, the same way platforms such as YouTube do.

If your streaming conditions cannot support best quality streaming, the site will auto adjust to better or good quality to sure that you get the best at the set condition.

Can I Watch The Videos Offline?

Luckily, Amazon allows its Prime Video users to download the videos and save them for offline viewing, but it can only be done on your Prime Video App or Fire Tablet.

Just like Netflix and other streaming platforms equipped with this feature, the space taken up by the video depends on your streaming settings.

You can set the download and streaming settings in the settings menu, which dictates how much space the videos occupy. The amount of storage a downloaded file will take up differs from device to device.

Sound quality will take up 270MB in your Android powered device and 300MB for iOS. Unfortunately, there is no data saver option for devices running on iOS.

How do I pay for Prime Video?

You pay for Prime Video via the credit or debit card that is associated with your amazon account.

Is it Cheaper to Pay Monthly or Annually?

It’s cheaper to pay for Prime Video annually. You save a certain percentage by paying the annual fee. The price for Irish people varies with the sterling exchange rate.

How Many Devices Can You Use To Stream Simultaneously?

Prime Video only allows you to stream in three devices at the same time. Even though a few other platforms provide more, three is not a bad number.

“We are a participant in the Amazon Services LLC Associates Program, an affiliate advertising program designed to provide a means for us to earn fees by linking to Amazon.com and affiliated sites.” 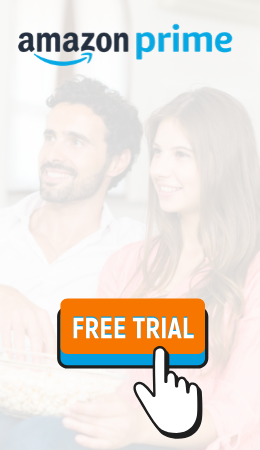